BORN TODAY: Carmen Planas, the “Darling of Manila”, the first woman to be elected to the Manila City Council.

Arms Race: in the British Parliament, the First Lord of the Admiralty (SIr Winston Churchill) is answering questions requiring him to confirm that merchant vessels being armed with guns are solely under the control of masters and officers who are British subjects. He duly confirms that: “the interests of the State are safeguarded by the fact that all captains and officers of the ships so armed are British subjects worthy of the confidence of the Admiralty.”

Women’s suffrage:  a small group of suffragettes pickets the offices of the Director of Public Prosecutions in London.

Children’s rights: the Times of London reports that  the use of child labour in the city of Nottingham is so familiar that for far too long it has scarcely excited local attention.

Defying definition: The author Franz Kafka records in his diary: “I never wish to be easily defined. I’d rather float over other people’s minds as something strictly fluid and non-perceivable; more like a transparent, paradoxically iridescent creature rather than an actual person.”  Behold: the kafkaesque age is upon us.

BORN TODAY: ~ In Manila, Philippines, the shrine for the annual remembrance of the martyrdom of Dr. Jose P. Rizal, who was judicially executed by the Spanish authorities for rebellion, sedition and forming an illegal association on this day in 1896. 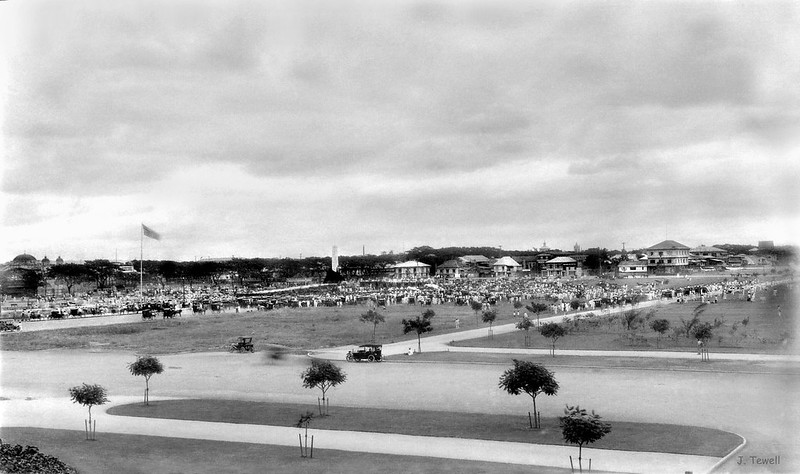 World Affairs: The Sydney Morning Herald reports on the worst famine in Japan’s provinces of Aomoji and Hokkaido for over 40 years. “Runs on the local banks continue…many thousands of people are starving, and parents are selling their daughters, numbers of whom are arriving daily in Tokyo for the Yoshiwara [red light district] or for shipment abroad.”

Society and culture: The Mona Lisa, recently recovered after being stolen from the Louvre by an Italian two years ago, is returned to France by the Italian authorities.

BORN TODAY: in Petropavlovsk in the Russian Empire (now Petropavl in Kazakhstan) – Vladimir Tretchikoff, the man who brought us the painting “Chinese Girl” (aka “the Green Lady”) one of the best selling art prints of the twentieth century. With his family he fled to China in 1917 before moving to Singapore, and eventually to South Africa, but only after his passenger ship was bombed by the Japanese and he was taken captive by the Japanese for the remainder of the war.

Globalisation:  The Western Mail, in Perth, Western Australia, reports on recent efforts by the Philippines authorities to introduce the plant Carludovica palmata, so that the locals can compete in the global market for Panama Hats.

Extreme Cameraderie: In Denver.Colorado, as the local inhabitants dig themselves out of the recent blizzard, the Telluride Journal in San Miguel County runs the headline “Millionaires mingle with laborers to free Denver from clutches of storm”. Meanwhile the “Yampa Leader” in Yampa, Routt County, can only manage “Shovelers clear snow in Denver”

Crime and punishment: At Pentonville Prison, in London, England – Frederick Robertson is hanged by the neck for the double murder of his relatives – Nellie and Beatrice Robertson.

Transport and gallantry: In the village of Liss in Hampshire, England, Percy Norwood sustains serious head injuries while rescuing blacksmith Harry Rasell from the path of an oncoming train. Harry’s pony had bolted, crashing into the crossing gates and throwing him onto the rails ahead of the train.

Thanksgiving: In the US State of New Mexico, Governor William C McDonald proclaims this Thursday, the fourth Thursday in  November, as a day of thanksgiving:  “I urge upon all that this day be observed as one of prayer and praise to God for the many blessings enjoyed by our people. At the same time may we not forget the poor and needy, making the day what its name implies for all”.

Journalism, society and culture: The National Geographic magazine publishes an article with ethnographic plates entitled “The Non-Christian Peoples of the Philippine Islands”.

First Balkan War: Turkey accepts the terms of the peace proposed by the “Great Powers”.

Ireland: In (London)Derry the Nationalist candidate (ie a member of the Irish Parliamentary party) narrowly defeats the Unionist candidate, which means that the Nationalists now hold a majority of seats in the nine counties of Ulster (later Northern Ireland).

Society and culture: In Sydney, NSW, Mother Cecilia and Sisters Virgilius, Zita, Francis de Sales and Clotilde set out on the steamer Orara, bound for the village of Coffs Harbour, half way to Brisbane. Two days from now the Catholic St Augustines  Primary School will open its doors for the first time.

Suffragettes: In protest at (UK) Prime Minister Asquith’s “Manhood Suffrage Bill”, Leonora Cohen of the Leeds Women’s Social and Political Union produces an iron bar from under her coat while visiting the Tower of London and smashes a display case containing insignia of the Order of Merit. In the ensuing court case she is acquitted when it is established that the damage did not exceed the value of £5.